Some quick maths will tell you that there were only 135 days between Sunday the 20th June and Tuesday the 2nd of November 2021.

Not a long time in the bigger picture, but despite this, the contrast in the reactions of the Celtic support to the club announcing fullback Tony Ralston had been offered an extended deal on each of those dates could not have been more striking.

As the club’s only recognised right back at the time, a decision was made this summer to activate a one year option on his deal to ensure that new manager, Ange Postecoglou (who himself had been announced less than a fortnight prior) at least had some sort of fall-back in that department – should it ever be required.

It’s no secret that most of the support at that time were hopeful that the Celtic Academy graduate would be deemed surplus to requirements under the Ange Postecoglou regime, after a fairly uninspiring Celtic career up until that point.

Indeed many thought that his release by the club was long overdue, and that the 22 year old simply didn’t have what it took to make the grade at Celtic.

A look at his CV up until that time perhaps explains the sentiment.

Making his debut in Ronnie Delia’s penultimate match as Celtic manager way back on 6th May 2016 (a 2-1 defeat by St Johnstone at McDiarmid Park after the league title had already been secured) it was bizarrely an exact calendar year before Ralston then appeared for the first team again – this team on 6th May 2017, and coincidentally against St Johnstone again.

By this occasion however the Hoops were under the management of Brendan Rodgers who in addition to starting Ralston also gave a young Mikey Johnston his first competitive appearance for the club – this time resulting in a 4-1 victory at Celtic Park.

Speaking after the match Rogers said,

“Anthony was absolutely outstanding. When I first came in, he really impressed me as a 17-year-old. I took him away with me in pre-season and I liked what I saw. He’s a very honest boy – strong, aggressive and can defend but, vitally, he can pass the ball. He has good mobility and he’s quick and he looks a hardy boy and he is. I thought he was absolutely brilliant for his start.”

Despite the glowing praise however Ralston would only go on to make a handful of further appearances under Rodgers, perhaps most notably against Paris St Germain in September 2017 which saw him square up to Neymar (a recent £200m acquisition from Barcelona) and his antics on several occasions. The Brazillian had the last laugh on the night however, leaving Celtic Park with a goal and a 5-0 victory.

A chastening experience for the then 18 year old defender. 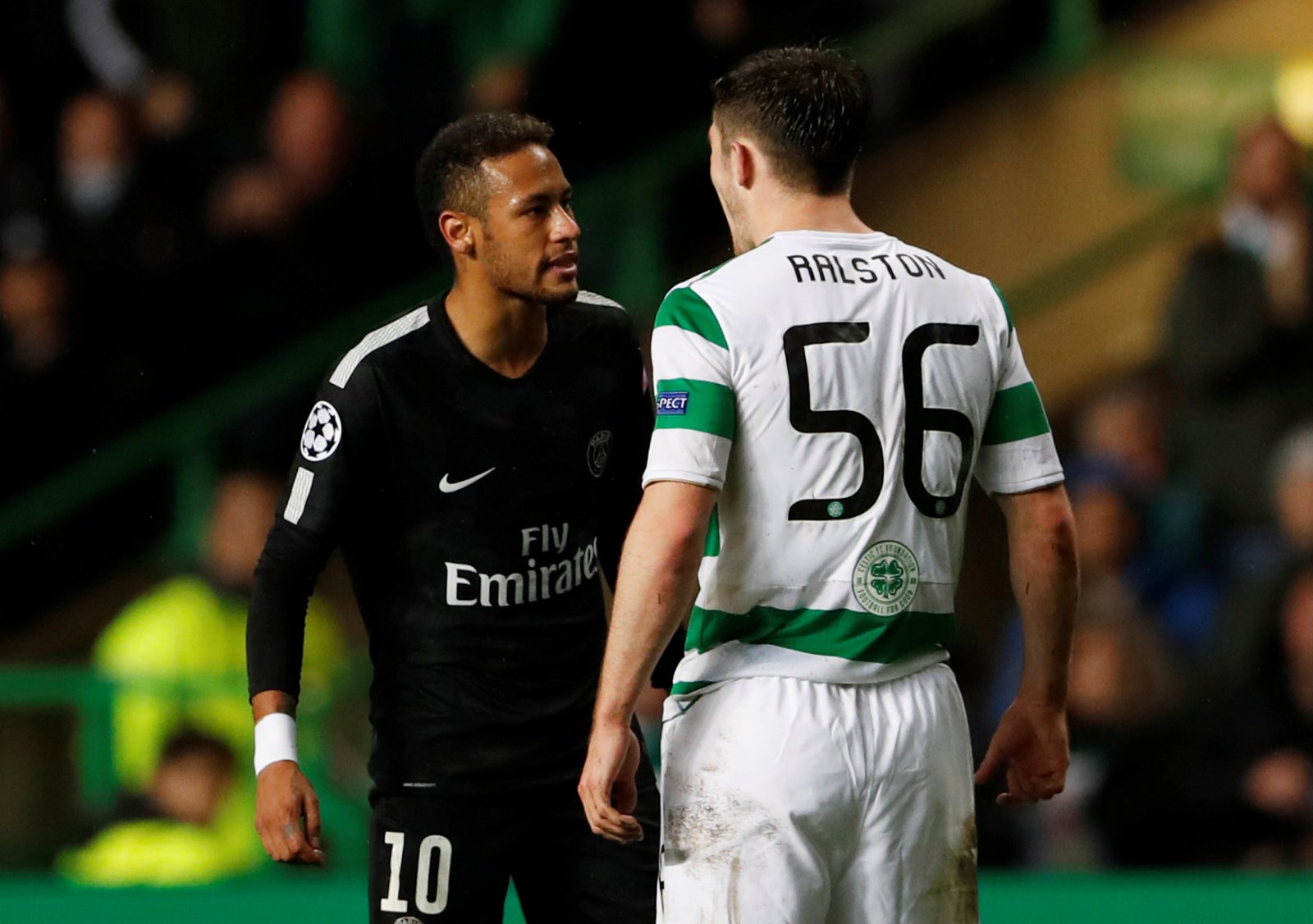 The form and experience of Mikael Lustig at right back in that Brendan Rodgers side saw Ralston’s chances extremely limited and it was little surprise when he went on loan to Dundee United for the remaining few months of that 2017/18 season.

This was followed by an almost non-event of a 2018/19 season at Celtic – the season where Neil Lennon stepped in following Brendan Rodgers’ departure in the February – with neither of the Irishman seeing Ralston as suitable for first team football.

A further loan spell, this time at St Johnstone, was the destination for the 2019/20 season and by this time a future in Glasgow’s East End was looking less and less likely for the Bellshill born youngster.

A solitary appearance in the Covid-hit 2020/21 season was to be the extent of his appearances that season, and only as a result of the ill-thought trip to Dubai left Celtic barely able to field a recognisable starting XI. For context Armstrong Oko-Flex and Euan Henderson also made late appearances from the bench that day.

Which brings us almost back up to the current day and the introduction in June of one Ange Postecoglou to a puzzled Celtic support.

Who was this unknown Greek-Australian, how was he going to overhaul the mass turnaround in Celtic’s squad, and why was he sanctioning the re-signing of Tony Ralston into the bargain.

If you don’t know what happened next, then where have you been?

Incredibly at time of writing (11th Nov 2021), Anthony Ralston has featured in 23 of Ange Postecoglou’s 25 matches in charge of Celtic – second only to the ever present David Turnbull.

Missing only the 3-0 win over Ross County on 11th September through injury, he was then an unused sub 8 days later in the 1-0 defeat by Livingston. That aside he’s racked up more appearances than experience campaigners Joe Hart, Tom Rogic and even captain Callum McGregor.

As well as several Man of the Match performances – most recently against Dundee where he was heavily involved in 3 of Celtic’s 4 goals – he’s also picked up league goals against Hearts, Dundee and Hibs, as well as a Europa League header away to Real Betis. 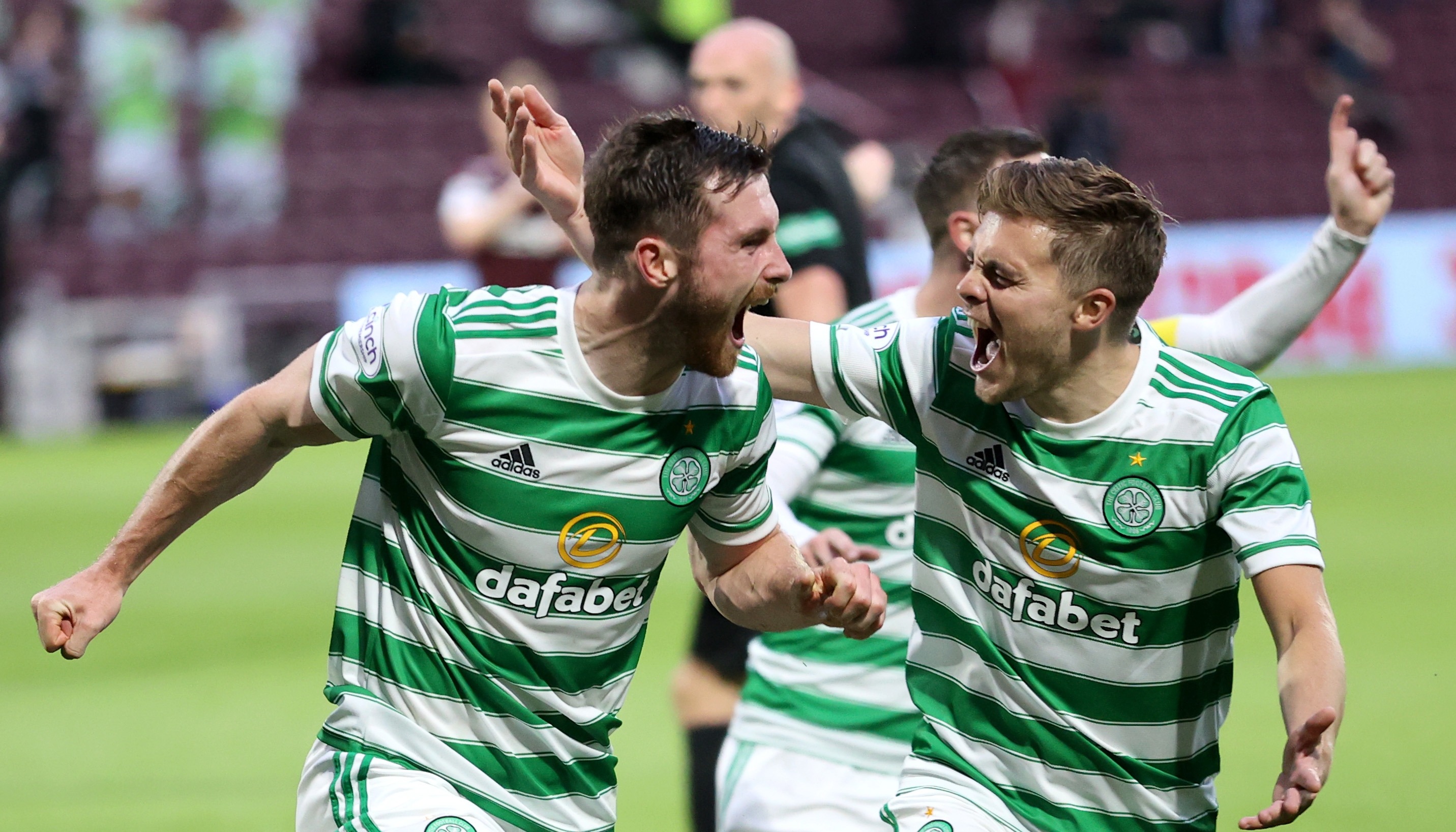 Such is his form right now that he has effectively rendered himself undroppable and one of Ange Postecoglou’s biggest calls this season could be when he eventually slots Croatian international right back Josip Juranovic into that right sided berth – if he does so at all!

Doing so anytime soon would certainly raise eyebrows at best, if not genuine uproar amongst the fanbase.

Have they been surprised by just how big the turnaround has been?

On Wednesday 2nd November Celtic announced that Ralston had signed a new improved deal that would keep him at the club until the summer of 2025.

Having first joined the Youth Academy at the age of 8 he was understandably delighted to secure his long term future.

“It feels amazing to see that my hard work has paid off to be offered a new deal. I’ve been here as a young boy and it’s always been my dream to play for Celtic.

I was coming to the end of my contract last season and it was down to me to take my opportunity to be able to stay at the club.

When you’re not involved for the period that I was last season, it was important that I kept myself right and worked hard away from the pitch.

When the opportunity came round, I was ready to take it because I put the work in. It wasn’t easy to do, but I’m glad I’m here now and I’m ready to kick on.

It’s important to believe you can one day come through the ranks and play for Celtic.” 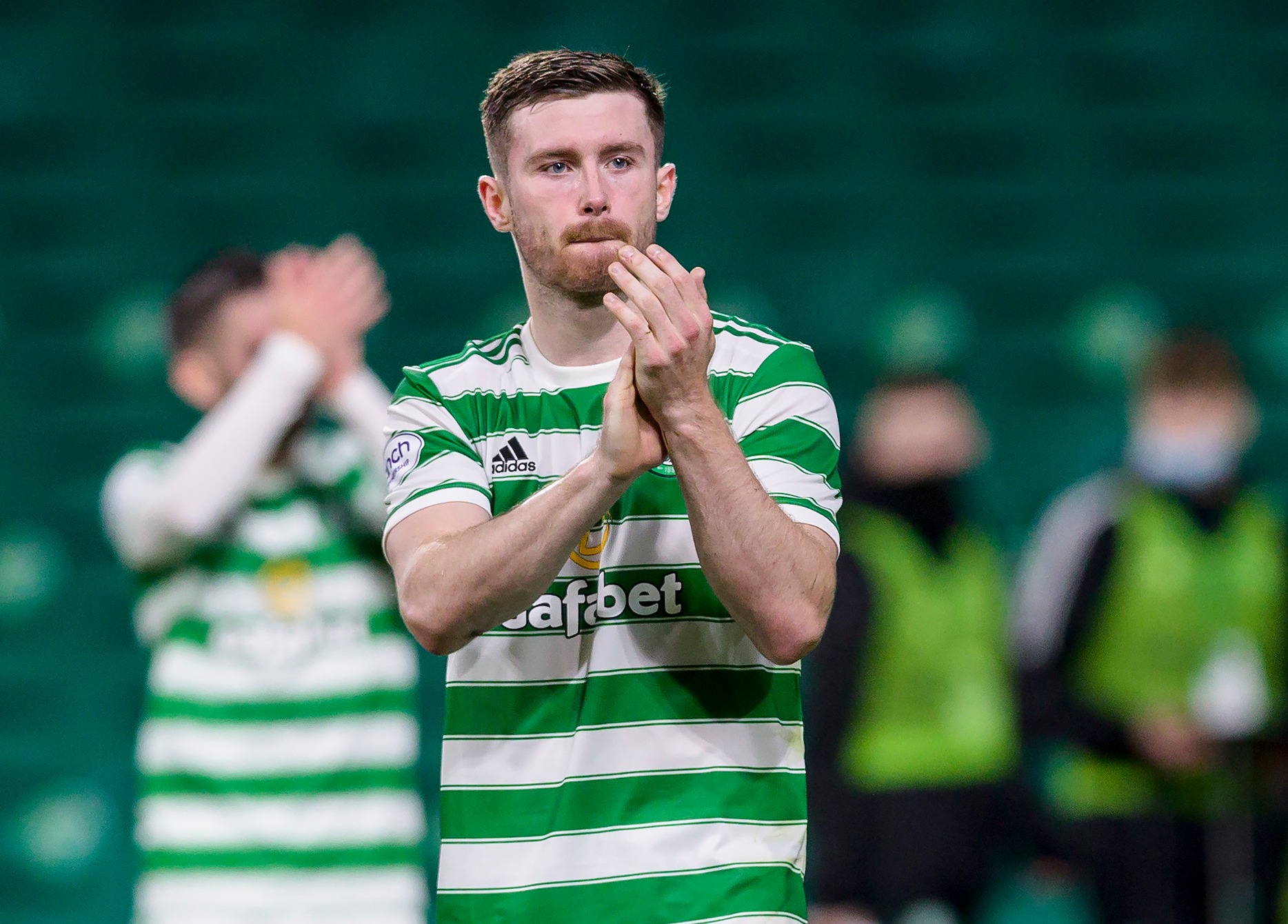 THE RESPONSE FROM THE CELTIC SUPPORT

So, in contrast to that announcement back in June, how did the Celtic support respond this time around?

A quick glance on twitter (yes I know – a wonderful place full of sensible debate!) at the time of the announcement tells you pretty much all you need to know about the 180 degree turn that’s been performed by the vast majority of fans – this writer very much part of the backtracking!

The comments are almost universal in their praise and delight for the youngster and for the resilience he’s shown to completely turn around a Celtic career which looked like it had fizzled out under previous regimes.

Not to be taken as the yardstick for a footballer’s popularity of course, but some of the nicknames that have also now been bestowed upon him tell you  lot about the almost cult-like status he’s somehow managed to reach in the eyes of some over these past few months.

Dani Ralves, The Ralstonator, Paulo Raldini (a personal favourite), The Bellshill Baresi and Bricky Villa (ask your dad!) are just some of the sobriquets now doing the rounds.

So how much of the improvement should we put down to Tony himself, and how much to the undoubted coaching and people skills that Ange Postecoglou possesses?

For me good coaching can only take you so far. In addition the player of course has to have a certain level of ability, a huge commitment to his goals, and a burning motivation to be a success.

On that last point I’ll leave it to Tony to sum up what just may be his greatest motivator.

“My family, who are here today, have been with me since day one, supporting me through all of the ups and downs of being a footballer.

“My little girl is a massive part of my life and she’s able to be here on a special day as well. What I do now moving forward is for her. It gives you the extra motivation. To have this moment with them is special.”

Listen to the latest episode of The Celtic Exchange Podcast (“Episode 45: The Re-Invention of Tony Ralston”) here: