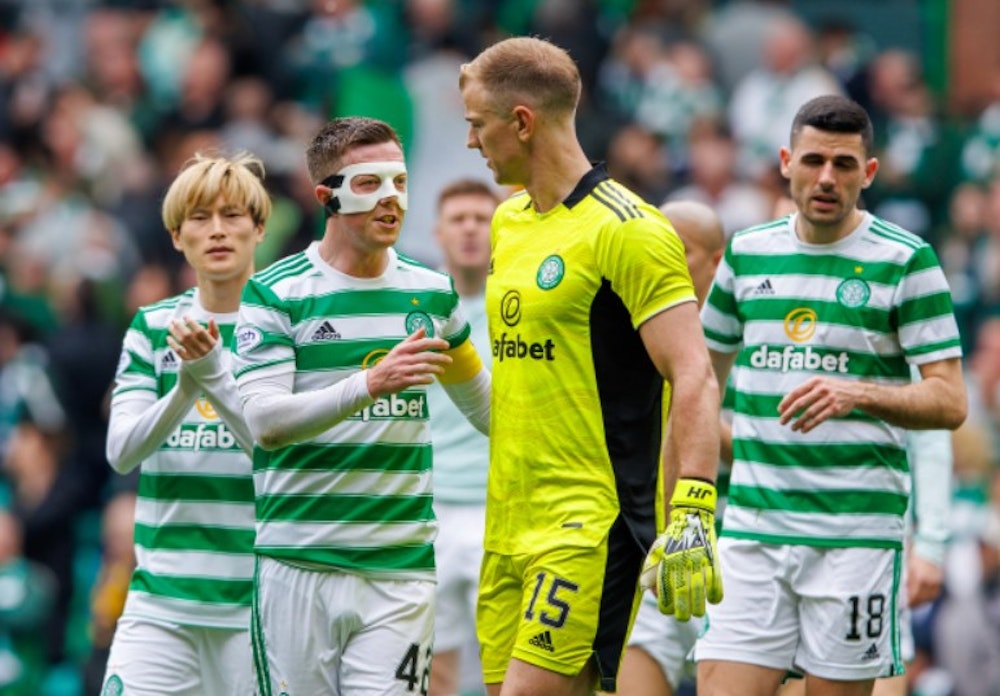 Sunday’s performance at Celtic Park against Rangers was a rollercoaster ride.

First half we should have been out of sight. We started a bit nervy. More pragmatic than usual and Rangers played with a formation which made the centre of the pitch as congested as possible which impacted how we played.

A lot of good quality pressing got us into the game and once we scored it looked like there would be only one winner.

However, we let them back into it. It looked very much to me that the occasion and the fear of them scoring a second visibly drained the energy from the team.

I’m going to cut the players a LOT of slack as what they’ve achieved so far this season is extraordinary.

This is a group of players who have played MUST-WIN game after game in the league since Matchday 7. They now have the Scottish Premiership title within touching distance.

This is also a team with varying levels of experience coming into this pressurised stage of a league campaign. Not many have been in the position they now find themselves in. 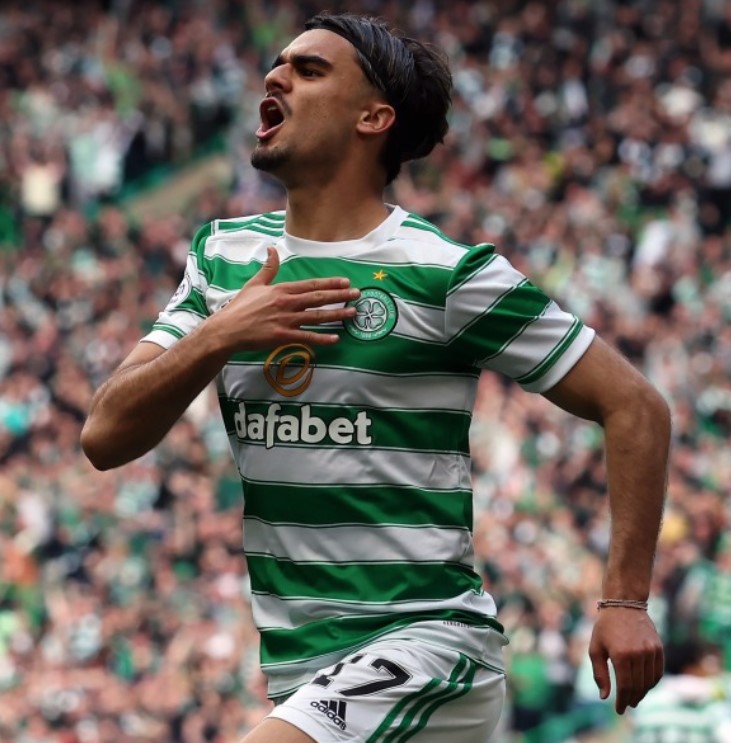 STRONGER FOR THE EXPERIENCE

There’s no doubt the players will have learned a lot throughout this maiden season under Ange. They’ll have learned about themselves, what it takes to win, and what it means to play at a club like Celtic.

Let’s run through our starting XI from Sunday and compare their top level experiences.

Joe Hart found himself in the footballing wilderness in recent seasons and even considered hanging up his gloves at one point. Celtic have revitalised his career. Yes he’s got vast amounts of experience to fall back on and of course has won titles with Man City, but even he will have found Sunday’s occasion a unique and demanding one.

This is Tony Ralston’s first full season as a key player within our first team squad.

Greg Taylor was part of the 9 in a row team but this is effectively his first season as first choice left back in a title challenge.

Carl Starfelt has yet to win a league title. This is new to him. He was excellent on Sunday.

Despite being just 24 years of age, Cameron Carter-Vickers has had no less than 7 loan spells away from Tottenham Hotspur in a relatively disrupted career to date. He stood firm to get us over the line on Sunday and most Celtic fans will be keen for him to sign a permanent deal at the end of the season.

This is Matt O’Riley’s first full season playing top level football. The first half of it was spent with MK Dons before he signed up with us in January.

Reo Hatate had already played a full season in Japan with Kawasaki Frontale before joining us. Not only that, it was a season where his club had demanding, must win games to win the J-League. He knows what it takes to win a title but it’s only natural that he now finds himself physically and mentally fatigued. I can’t wait to see how he performs next season with a proper rest and a full pre-season under his belt.

Daizen Maeda, like Hatate, also completed a full season in Japan with Ange’s former club Yokohoma F Marinos. Its exceptional how well he’s been performing for us. He’s possibly my favourite current player and a brilliant guy to have in the team.

Like others, this is Jota’s first full season playing top level football following an indifferent start to his career at Benfica then a failed loan spell at Valladolid. He was excellent against Rangers. A goal, a Man of the Match performance and I really hope we go on to sign him permanently.

Kyogo Furuhashi has also played a hell of a lot of football without a break having left Vissel Kobe mid-season to become one of Ange’s first signings. The hamstring injury he suffered in December led to him missing more than 3 months of our season, yet he’s still our current top scorer with 17 goals. A fully fit Kyogo next season will be a joy to watch.

THE BEST IS YET TO COME

I’m delighted with the boys that got us the result that has taken us a massive step closer to the title.

Throughout the squad there are players who at one stage of the season carried us through some difficult moments.

Joe Hart with some crucial saves (as recently as Sunday itself); Tony Ralston with late winners; Reo Hatate’s double against Rangers in February; Kyogo lighting up the first half of the season.

Let’s leave the debate around who will and who won’t cut it at Celtic for another time and enjoy just how far we have come and how much has been achieved.

We have a young and relatively inexperienced team. Some, such as Hart and Callum McGregor have used all their experience to drag the club away from the disappointments of last year and to guide new, fresh crop of Celtic stars to the cusp of what would be an unbelievable success.

I couldn’t be happier for Ange Postecoglou and his players. This has been one of my favourite ever seasons as a Celtic supporter.

I can’t wait to see what this group can achieve under his leadership given what we’ve witnessed already this season.

Based on the evidence at hand, we’re only going to get better! 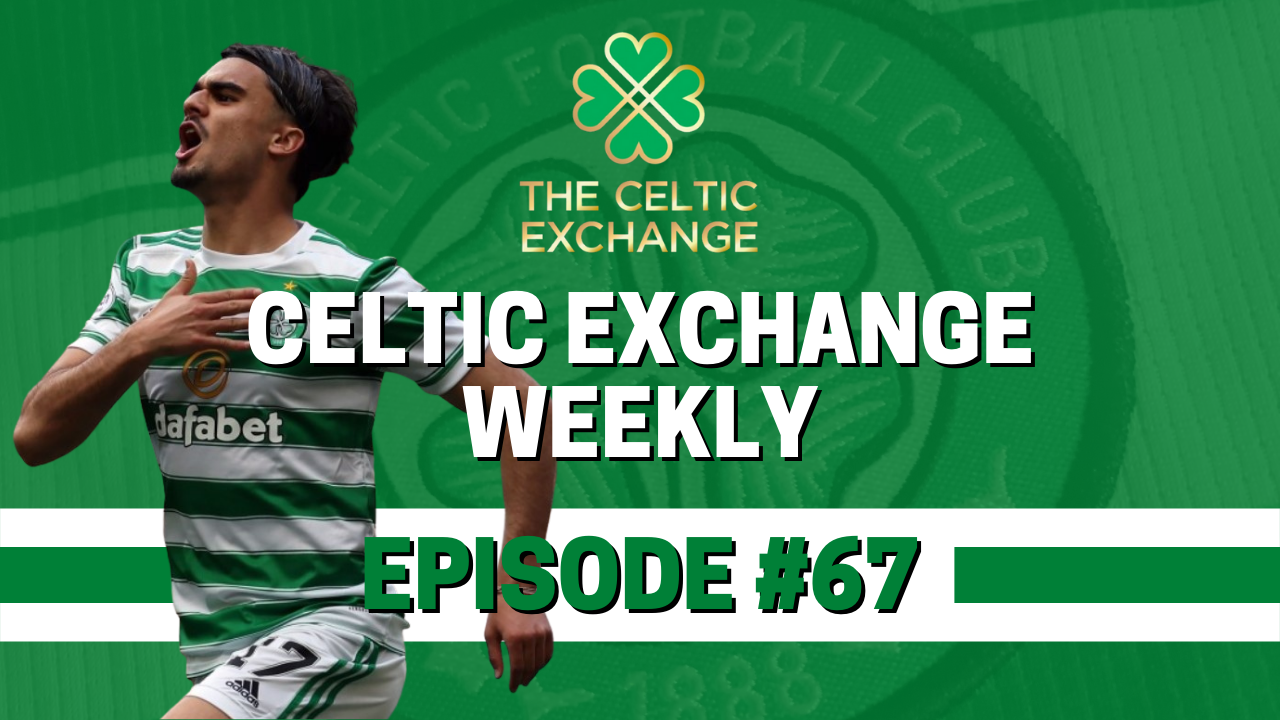 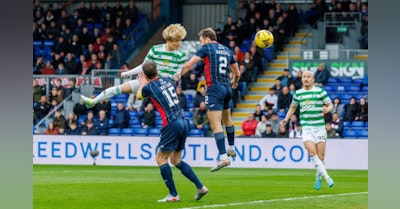 Celtic moved to within touching distance of regaining their SPFL trophy after a comfortable 2-0 win against Ross County on Sunday. Goals from the returni…