WHEN Giorgos Giakoumakis launched himself through the air to flash home a dramatic late diving header to secure a vital three points on Sunday, I was transported back to 1988.

A brave and powerful striker leading the line, getting in front of defenders and grabbing last-minute winners.

The similarities between the Greek Ghod and Centenary season legend Frank McAvennie are actually quite striking when you come to think about it. 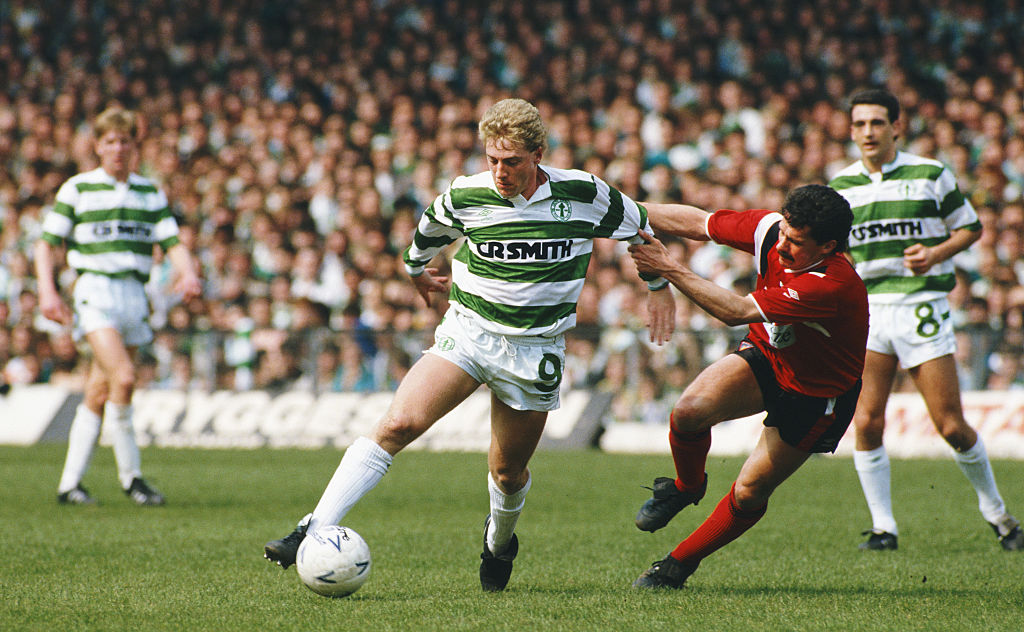 Both battering rams who single-handedly occupy entire defences with their tireless and unselfish running, but each with a nose for goal and an ability to muscle their way to the front post and provide the clinical finish.

Each arrived in Glasgow with big reputations having banged in the goals in England and Holland respectively.

Each was brought in when the stakes were as high as they possibly could be. The old Rangers had just won the league in 1987 and the idea that Celtic might not wrestle the title back in our 100th birthday season was unthinkable.

The new Rangers won the title in 2021 but the league winners this season will earn a free passage straight into the Uefa Champions League.

So Giaka and Macca had to hit the ground running. Yet neither were on the scene when their debut seasons got underway.

Macca didn’t join Celtic from West Ham until the October, while Giakoumakis missed the start of this campaign through injury.

Frank scored a couple of key goals pre-Christmas – the winner in a nervy 1-0 win over Aberdeen at Pittodrie shortly after his arrival springs to mind – but he really came into his own after scoring twice in the new year 2-0 Glasgow derby win.

And he secured his place in Celtic history with big goals in the charge towards the historic double – none more so than the late brace in the Scottish Cup final against Dundee Utd.

After a wobbly start Giakoumakis is rapidly becoming the darling of the Hoops faithful and in a season that has also given us Kyogo, Jota and Abada, that is quite an achievement. 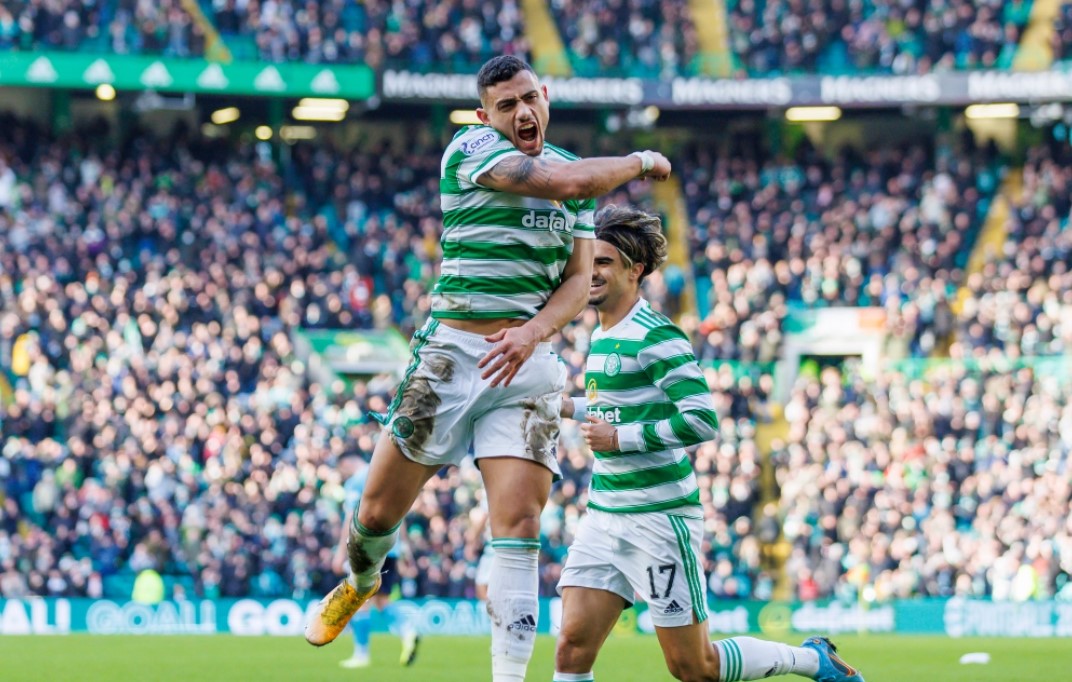 With his perfect hat-trick against Dundee which put us three points ahead of our nearest rivals, the 27-year-old former VVV-Venlo talisman proved he’s up for the fight and his confidence is not in short supply.

Writing off Rangers in his cheeky post-match comments might not have been the wisest move, but he was buzzing after his first hat-trick in the Hoops so it’s perhaps understandable if he got a wee bit carried away.

But the Greek hitman has found form at exactly the right time. We still don’t know when Kyogo will be back and Maeda is still finding his way after his January arrival from Japan.

The run in is going to be tight, nervy and each remaining league game is going to be a cup final in its own right, starting at Easter Road on Sunday. A fit and confident Giakoumakis will be worth his weight in gold.

Would I leave him out for Thursday’s return match at Bodø/Glimt? I’m not so sure.

He is still getting up to full speed and while others might need a rest, Giakoumakis could probably do with a decent run and of course another goal or two will keep the confidence bubbling along nicely.

Yes I understand that injuries are a risk but I’d be tempted to play him in Norway and keep Maeda in reserve. The latter is in more need of a rest and that way we’re not putting both our eggs in the same basket.

A positive result on Thursday is a bonus but Sunday and Easter Road takes precedence. It’s the first of eleven remaining league games which stand between Celtic and title glory in Ange’s first season.

And the never say die attitude shown yesterday tells us that this squad has the balls to do what’s required.

Just like in 1988, we have left it late on more than one occasion this season but there was a certain inevitability about the Giakoumakis winner.

Ange has built a team that never stops and has developed a winning habit.

And in Giakou-Macca we have a frontman who is hitting form at just the right time.

Frank knew that it only takes a second to score a goal and as long as there’s still one or two left on the clock, there was still time to strike.

Sunday showed that Giorgos might have the same mindset.