Giorgos Giakoumakis scored his second hat-trick in the space of a month as Celtic extended their lead at the top of the league to six points, having played a game more than their rivals from across the city.

Celtic Park was bathed in sunshine and fans were treated to a scintillating first half display as Ange Postecoglou’s men raced in to a three goal lead within 26 minutes.

The big Greek striker continued his good form in front of goal scoring twice with his head before Daizen Maeda added a third.

Jota returned to the starting line-up, after missing the Scottish Cup tie at Tannadice on Monday night, and was back to his best; having the freedom to roam across the front line and causing havoc for the Ross County defence wherever he picked the ball up.

The winger was a constant threat and he hung up an inviting cross from the left to the back post which Giakoumakis attacked superbly, rising above everyone to direct his header into the far corner settling any nerves the fans may have had in the process.

The second goal arrived after another deep cross, this time from the right, found Maeda who headed the ball back across goal to Giakoumakis whose first effort was blocked on the line before he nodded home at the second attempt.

Daizen Maeda didn’t stop harrying and chasing all day and grabbed a deserved goal on 26 minutes when he showed a nice strikers instinct to deflect Giakoumakis’ wayward header beyond Ross Laidlaw, who must have had his busiest afternoon of the season.

The day only got worse for County as they were reduced to ten men soon after as Kayne Ramsay saw red for a wild lunge on Tom Rogic, who eventually had to go off with a knock a few minutes later.

Celtic took their foot off the gas and played out the remainder of the game in 2nd gear with only a Giakoumakis penalty, which secured his hat-trick, to show for their dominance. With the game won the team used the opportunity to conserve energy and get some minutes into legs as David Turnbull made his return after being out injured since December.

Ange was clearly please to be back home and have the opportunity to have a stress free afternoon, telling the BBC: “We had a couple of really tough away games where we’ve done really well but the playing surfaces haven’t allowed us to play our football.

“Today allowed us to be really good and bright and we were well in control of the game.”

An argument could be made for giving the man of the match to any player in hoops as the team put in a superb display full of quality. The front three were a delight to watch at times and Calum McGregor set the tone and tempo for the performance right from the start.

However, you can’t ignore a striker scoring three goals and having a hand in the other and deservedly picks up the prestigious ‘Celtic Exchange Man of the Match’ award. The Greek continued his great goalscoring form and remarkable stat where all his goals for Celtic have been one touch finishes.

It’s the international break which means the fans and Ange will be hoping all those jetting off around the world to play for their countries come back in one piece as it’s a visit to Ibrox on their return.

We all know what these games mean and this one takes on extra significance as it provides a real chance for Celtic to make a statement win which would go a long way to bringing the SPFL trophy back to Celtic Park.

Listen to the latest episode of The Celtic Exchange Weekly here 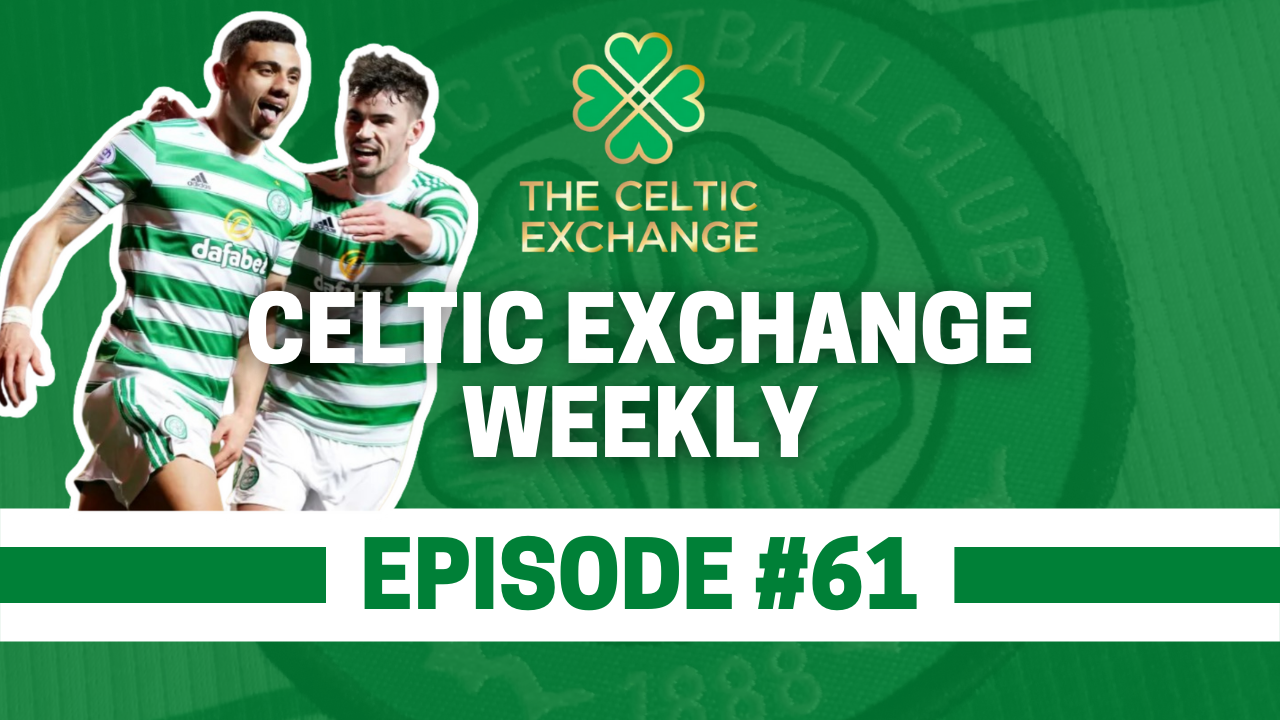