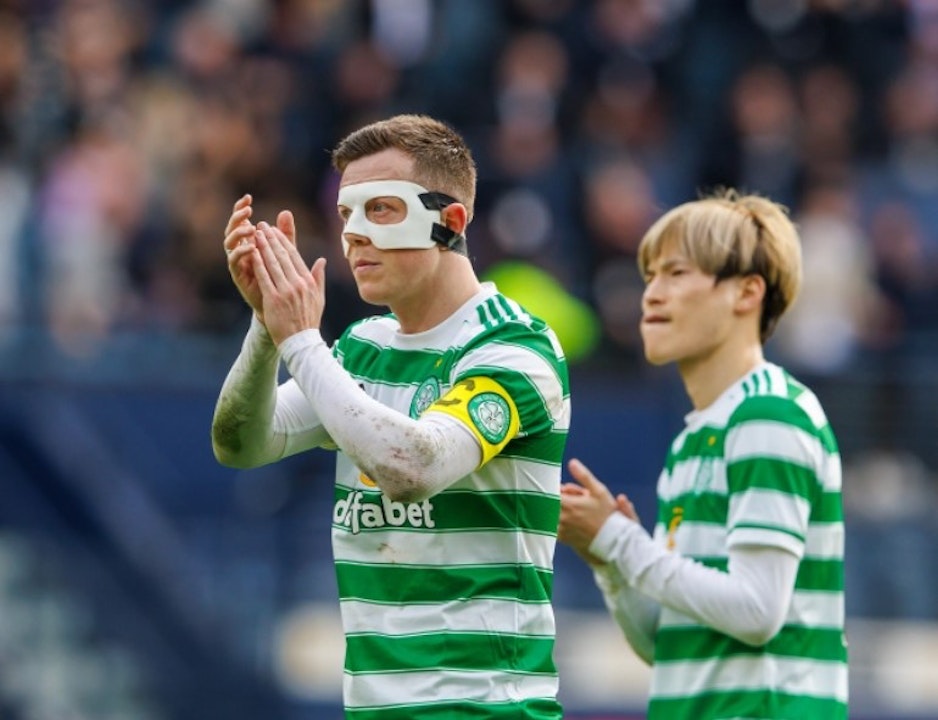 Celtic's dream of another historic treble in the 2021/22 campaign is over after defeat at the hands of Rangers in the Scottish Cup semi-final at Hampden on Sunday.

With the League Cup already secured and with a healthy lead in place at the summit of the Scottish Premiership, Ange Postecoglou's men had the opportunity to continue their pursuit of further silverware as they faced their arch-rivals at the national stadium.

Ahead of the game itself, all the signs pointed to a win for Celtic.

The Hoops were coming off a stunning 7-0 victory against St Johnstone a week ago, only recently defeated Rangers on their own patch, while Rangers went to extra-time in Europe only a few days ahead of the clash at Hampden.

Many Celtic fans would be forgiven for thinking that their team would have come out at the opening whistle all guns blazing, but it was Rangers who looked sharper pretty much from the get-go.

In the first half, the best chance, or half-chance, fell to Rangers as John Lundstram (more on him later) struck the post with a strike from outside of the box.

Many supporters had been clamouring for Kyogo Furuhashi to be unleashed from the start, but they had to wait until just before the hour mark as Postecoglou made a double substitution, with the Japanese forward and Matt O'Riley replacing the ineffective Tom Rogic and Liel Abada.

Unfortunately for Kyogo, a few nice touches aside, he was unable to get to grips with the game and made little impact.

Celtic did improve in the first 15 minutes of the second period, and it was a surprise opening goalscorer who emerged in the form of Greg Taylor.

A lovely set-piece move saw Taylor find space near the edge of the penalty area, with the subsequent finish being lashed into the bottom corner.

Rangers, like they did in the first half, eventually gained the upper hand, and substitute Scott Arfield equalised with a well-taken strike into the right corner with 12 minutes remaining.

At this point, most of the Celtic players looked dead on their feet, and it seemed almost inevitable that Rangers would go on to get the winner, which they did in extra-time through a Carl Starfelt own goal.

In terms of the play itself, Celtic looked worryingly sluggish despite having nearly double the amount of rest time that Rangers had in preparation for the match.

The likes of Reo Hatate and Rogic were outbattled and even outplayed in the middle of the park, though that battling from Rangers was certainly enabled by one Bobby Madden.

Those at the game and those watching on television were expectedly mortified at such a truly mesmerisingly bad refereeing performance.

Doubters will point to the fact that there was no outstandingly awful match-defining decision from Madden, such as a wrongfully awarded penalty kick.

However, when the referee makes 30+ mini decisions that are questionable, they certainly add up.

Madden did his level best to halt any potential ascendancy that Celtic gained, while maintaining Rangers' ascendancy at any cost.

There should have been more, and probably a red thrown in.

The fact that the aforementioned Lundstram escaped a booking will perplex any person who has ever watched a game of football.

In modern football, a drop ball is a rarity. In this match, there were three in quick succession as Madden enjoyed blowing his whistle time and time again. There was absolutely no flow to the match in the second half, and that suited Rangers perfectly.

Ange Postecoglou: "I don't think any player from either side left that pitch without giving everything they had. Games like these are decided on moments and unfortunately, it didn't happen for us.

"You've got to understand that, take that disappointment and fuel it for future endeavours.

"We've had a lot of setbacks this year, we've just overcome them really well and really quickly. We've got five games now to become champions."