The fallout of a disappointing defeat for Celtic against Bodo/Glimt on Thursday night has led to much debate as to why it happened in the first place, and to how it could have been avoided.

Much of the analysis, hyperbole and over-reaction I’ve seen and heard I disagree with, and though of course there were valid reasons for some of the disappointments on the night I think some realism should be applied.

I’ve taken a look here at some of the headlines and narratives that have appeared since Thursday.

“Bodo Played us off the Park”

They really didn’t. They had 4 shots on goal and scored 3 of them – one of which was a wildly deflected shot from 30 yards out.

Their chances came as a direct result of poor play from us. Not from some magical swashbuckling football from a maverick football team we need to try and emulate.

“We Struggled to cope with the Bodo’s Amazing High Press “

Whilst I agree that they executed the high press to a better level than most SPFL teams do, I don’t agree that it was executed substantially greater than that.

So for a team to have pressed us as well, its odd how often we were able to pass the ball about. It was more a case of how little threat we carried when we had possession of the ball. 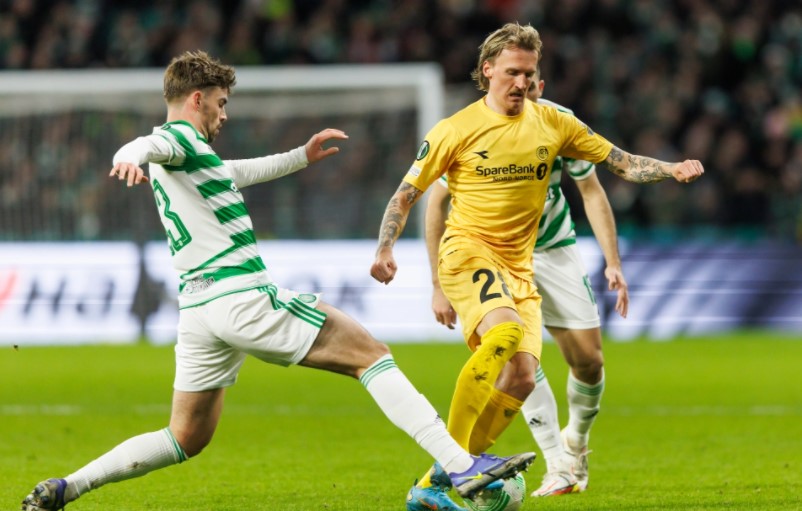 Again, I thought they were pretty average. High level SPFL football at best. Their passing accuracy was less than Hibs had when they faced us recently.

In fact, their performance wasn’t dissimilar to that of Hibs, except they took their chance early in the game while Kevin Nisbet missed his.

“Rogic Was At Fault For The First Goal”

First of all, forensically dissecting every goal to find out what went wrong can be valid, to a point. If there are clear structural issues or consistent mistakes being made over and over again by the same culprits then that’s clearly a cause for concern. I’m sure the club’s analytic staff and coaches are already aware however of what we need to work on at this moment in time

What I don’t find useful are witch-hunts looking to associate blame to individuals when its simply not the case.

There were 2 fundamental errors that led to Bodo having an overload which they were then good enough to exploit for their first goal.

The first is Liel Abada diving into a challenge and being beaten far too easily by their left back. A moment which put 4 of our players out the game.

We are still in a decent place at that stage though, with 6 players back to defend the situation.

The 2nd error is Matt O’Riley abandoning the centre of the pitch to increase a 3 v 2 situation (in our favour) on our right hand side into a 4 v 2. 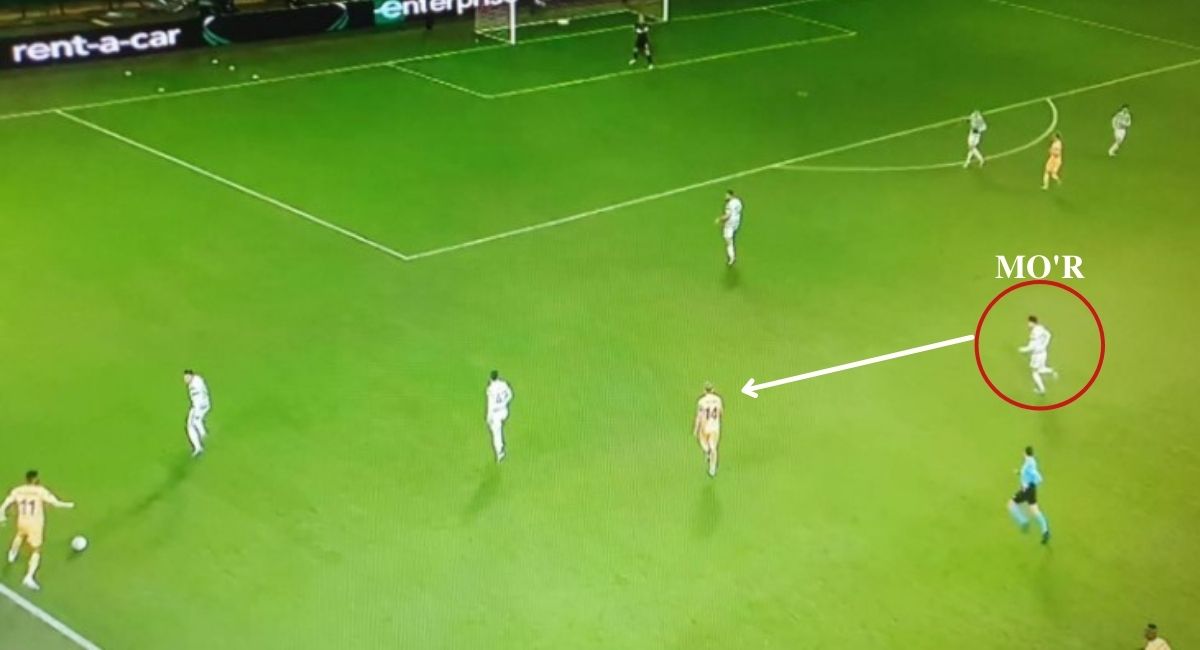 Crucially however this then leaves Bodo with a spare man on their right hand side. 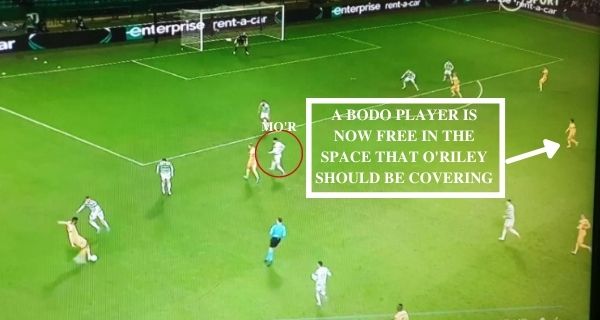 This situation was not because Tom Rogic wasn’t athletic enough to sprint back to help out.

I don’t think for a minute Ange wants our number 10 bombing box to box and being completely exhausted when we do get the ball. We have plans in place to defend these situations. A poor decision was made by a new player in the shape of O’Riley settling into a new system (also a new position for him in the system). Nothing more and nothing less. Nothing should be taken away from Bodo. They done very well to exploit the position they found themselves in.

This highlights the precariousness of our system. One mistake can put us into trouble. Two mistakes can be catastrophic.

Its not about having 100m runners in every position of the team to bomb back and forth covering for every eventuality. We need to make better decisions, but for that to happen players such as O’Riley, Hatate and Maeda need more than 6 weeks training with the team to then be able to do the required job consistently.

Appropriating blame on a player you dislike helps no-one however and I find this has become something of a regular occurrence when we concede.

“Taylor Should Carry The Can For Bodo’s 2nd Goal”

Again this is another example where I think people are projecting their bias onto a single player.

My reading of the 2nd goal is that again multiple errors lead to it. I hate to say it as I’m a massive fan of his, however again Matt O’Riley is suspect for this one. In addition Tom Rogic can do better here to be closer to the man in possession. 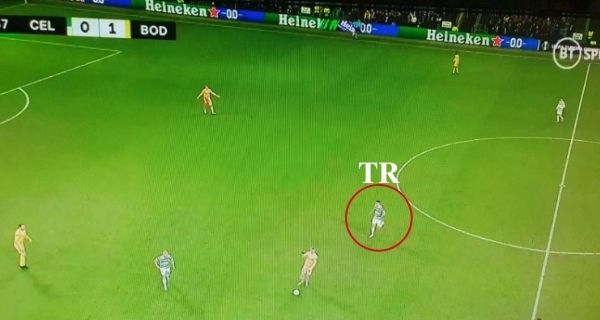 Once they break forward however, O’Riley is bypassed far too easily and needs to sprint back to recover. 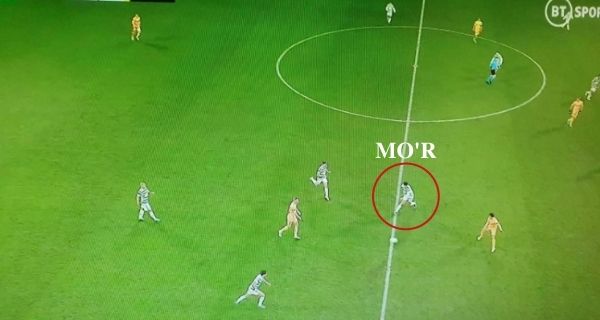 Taylor initially isn’t sure if O’Riley has his man but he does recover leaving Taylor to deal with the wide player. 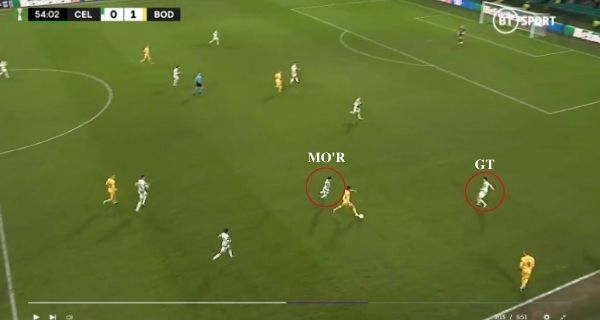 O’Riley is now tracking the runner and we should be able to recover. 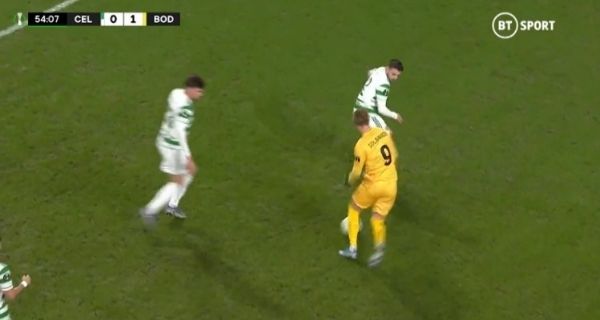 However he again makes a poor decision to leave his man and looks to close the lane inside. He then doesn’t even do that.

Taylor I believe thinks the only option for the winger is to go to the byline. The man skips inside instead. Its good play from their winger to recognise the gap and exploit it but if you are covering a full back, then you really need to cover them. 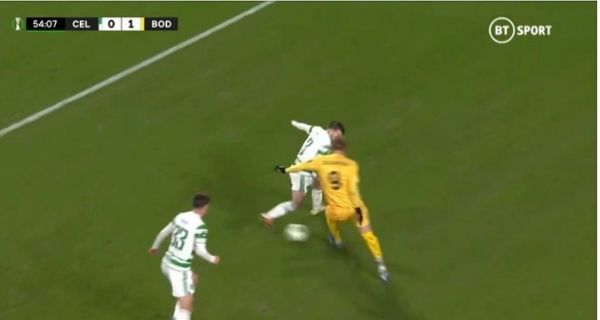 O’Riley is now completely out the game and we are in big trouble. 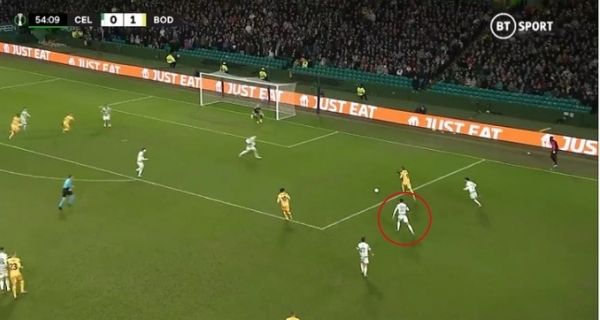 Now, Taylor can and should do better in terms of how he defends against Bodo’s number 9 (Ola Solbakken) but to suggest O’Riley had no part to play in this goal is not true.

Again I’m not having a go at O’Riley here. He’s a new attacking player facing a situation that as a more forward minded player he possibly doesn’t face often enough. He’s clearly trying to help. He’s brand new to the system and its simply a mistake – again, nothing more and nothing less. This is something the club will work on with him.

However, I’ve read and heard several times since Thursday that Taylor has now ‘found his level’. I don’t accept that.

Fullbacks can get beat from time to time. The consequence of decisions the players around them make determine how fatal losing these duals can be.

Allowing Bias to Cloud our Judgement

Earlier this season I saw Tony Ralston being criticised for a goal v Real Betis in one of the analytic pieces for much the same as what Juranovic does for their 2nd.

I don’t think either are fair.

Once teams have the overload and are driving at your goal a team is in big trouble. Its the attacking team’s to miss almost. The key is stopping these situations arising in the first place and working to prevent it moving forward.

You also need a bit of luck at times that teams wont punish you every time. This of course is less likely when the step up in quality is made in European games.

At the other end of the pitch we also need to get much better at punishing teams when we get into similar positions of our own.

When analysing a performance we as fans need to be better at understanding the context around what we are seeing.

We are a new team. Playing a new system. Playing with new teammates all around the pitch.

Some players are lacking match sharpness, some have been carrying too much responsibility for too long and that can take its toll. Once we have a fully fit squad where we can share the load better, I’m certain we’ll see more consistency in performance levels. 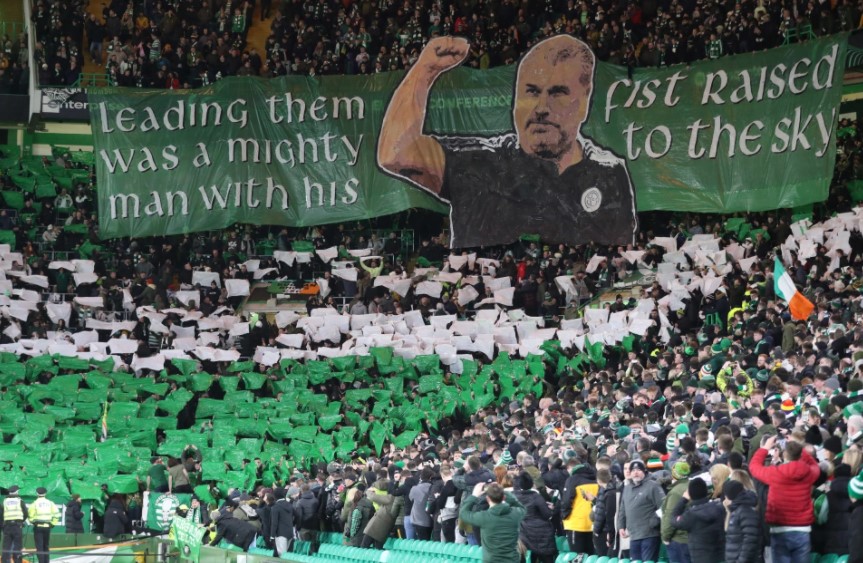 I’ve seen nothing to suggest that we don’t have the players to play the system Ange Postecoglou wants us to play. Or that the system itself wont work. We need to get better at making decisions in the big moments and that will come with more familiarity amongst the players and with the system.

My bigger concern watching the game against Bodo was how ineffectual we were as an attacking unit on the night.

Had our creative players turned up on then I think we’d have taken something from the game, even with the poor goals we lost.

To a man everyone seemed to underperform (with the exception of Maeda, McGregor and Juranovic in my opinion). Our final ball and decision making when we got in and around their box in particular was disappointing the whole night.

Make no mistake though – this tie is not over.

I wasn’t overly impressed with the Bodo defence and noted several opportunities where a better final ball would have put them into trouble.

We also missed some good chances in the game even though we didn’t play anywhere near to the level we’ve shown we’re capable of. If we score the first goal, then I really believe we’ll be in a good position to go through.

We are top of the league and as a team have provided enough evidence to suggest that position is merited.

This is a new side who will get better. Let’s keep the heid and get back to enjoying watching an exciting team develop across the remaining months of the season.