SATURDAY was the perfect day at Paradise. It was nice that the spirit of Wim Jansen was there to witness it.

Something magical happened when Liel Abada set the place alight with his dramatic, last gasp winner. Something more than the three points that brought us to within touching distance of the league summit.

Earlier this season against Dundee Utd and Livingston, we huffed and puffed and failed to get the vital goal.

But on Saturday you just seemed to know it was coming. Everything was fitting into place again. 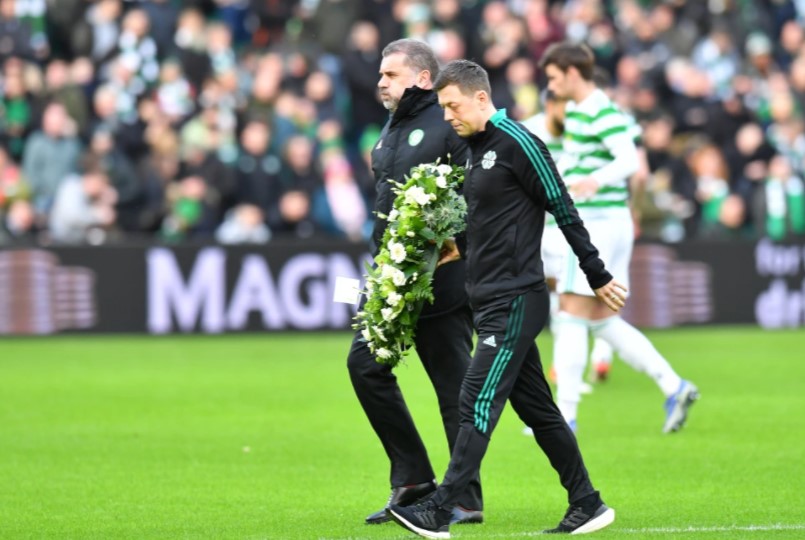 Had it been a year ago, in a soulless, ghostlike arena, we would probably have lost.

If last season’s disastrous campaign demonstrated anything, it was just how important the Celtic support is to the team on the park.

Empty stadiums meant empty shirts and a squad which should have been charging towards an historic tenth title in a row, instead meekly raised the white flag.

Sure bad luck and poor decisions – in the boardroom and the dugout – were among the chief contributory factors in the capitulation.

Misfortune saw key players contract Covid on international duty and miss the first Glasgow derby which had us playing catch up from early on.

However Lady Luck didn’t book an ill-judged and costly winter break in Dubai during a global pandemic. Nor did she buy Barkas and she didn’t persevere with Neil Lennon long after his time was up.

But anyone who tries to argue that playing games behind closed doors didn’t hit Celtic harder than every other club in Scotland, perhaps the whole of Britain, hasn’t been to Parkhead very often.

They looked lost at times. Like they were playing with a limb missing. An enormous part of the Celtic family had been locked out and it just wasn’t the same.

And by contrast, the season to forget also illustrated how unimportant the Ibrox support is to its team.

A team that didn’t want its fans back. A team that played freely and effectively without them. A team that was terrified of supporters being allowed back into the grounds because they would be on their back the minute things started to go wrong.

Just ask James Tavenier. So often the target of abuse when Celtic were rampaging through successive trebles. Suddenly he was a player reborn, enjoying football. Of course he won’t admit that publicly – but just trust me on that one.

On Saturday against Dundee Utd, Jota supplied the cross, Abada provided the finish – but 60,000 Hoops supporters blew the ball into the back of the net.

Those scenes. My God how much we missed them. 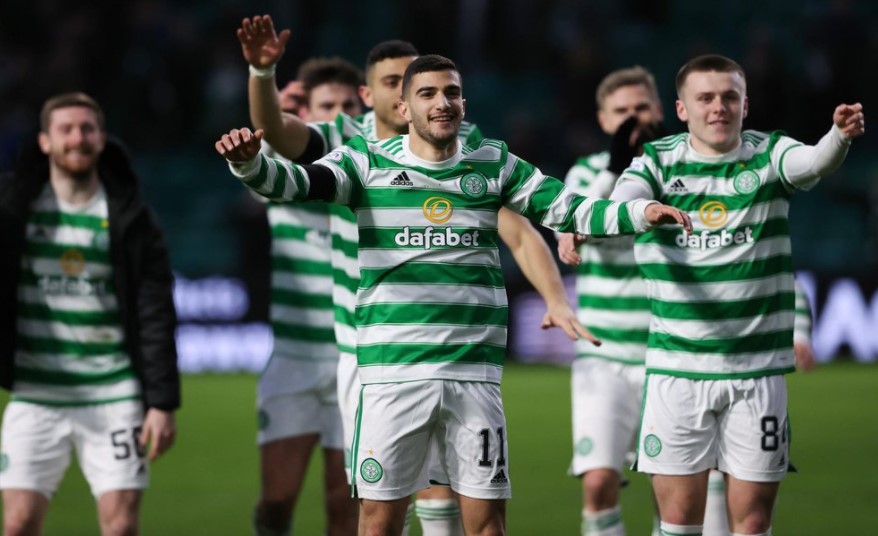 There were dark days last season when we wondered if we’d ever be allowed back inside Paradise to experience beautiful moments like that again.

I lost the plot when Kyogo did his thing – twice –  in the League Cup Final in December against Hibs. We all did. It was the first trophy under Ange and hopefully the beginning of something really special.

But there was something about that 90th minute winner on Saturday which almost eclipses that wonderful day at Hampden.

It was a message. Celtic really are back. We found a way to win.

When we walked through the turnstiles, we walked straight on to the pitch with the four leaf clover on our breasts and the green and white upon our chests.

We all need to pull together.

There were times on Saturday when anxiety threatened to get the better of too many in the stands.

The majority of players on the pitch are new to Celtic Park this season. They will never have experienced an atmosphere even close to it. When the place is rocking there is nowhere on the planet that can compare.

But while the likes of Hatate and O’Riley will revel in it when things are going well, they’ll also sense the angst around them when it gets tense and we can’t afford to make them nervous and tighten up.

In the moments after Nir Bitton’s red card, Joe Hart, like the giant leader of a man he is, appealed for calm and we listened.

Rather than groaning and fretting, we got behind the Bhoys when it mattered most and willed the ball into the net, sparking absolute mayhem.

It’s going to be a rollercoaster of a run in, starting tomorrow night when we have the chance to go top of the league.

The spirit of Wim will be in the air once again.

With the chance to go back on top where we belong, let’s make it a Perfect Night.