A Champions League Retrospective - What Next For Celtic? 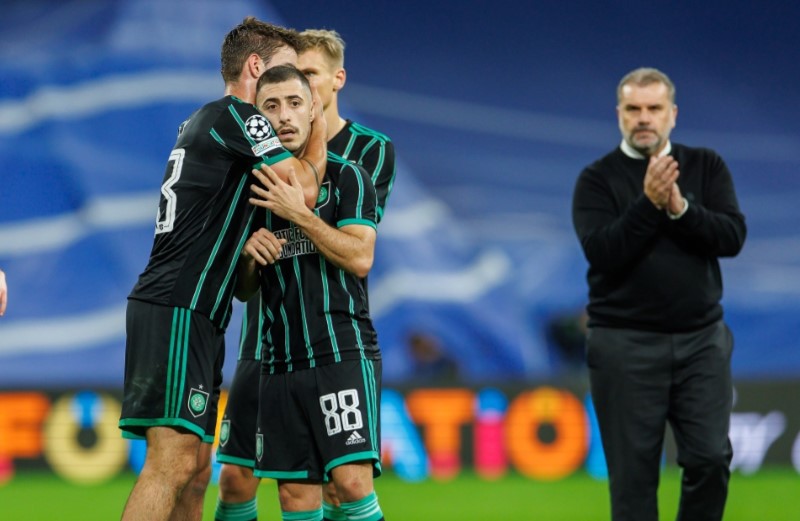 Going into this season’s UEFA Champions League for the first time in five years, I had high hopes.

We played some excellent football at times during the 2021/22 season and showed in the Europa League that our system can cause teams with bigger budgets real problems.

When the draw was made, placing Celtic alongside Real Madrid, RB Leipzig and Shakhtar Donetsk my expectations grew.

This was a group we had a genuine chance of progressing from.

RB Leipzig’s poor early season form (which ultimately led to their manager Domenico Tedesco being sacked) and their heavy loss to Shakhtar Donetsk on Matchday 1 only added to the expectation levels.

In our own opening game we performed admirably for 55 minutes against Real Madrid however we failed to convert our chances and the Spaniards showed their quality when it counted to take all three points.

Two disappointing draws against Shakhtar either side of back to back losses to RB Leipzig then quickly extinguished our hopes for another year.

Last night’s 5-1 defeat in the Bernabeu was a sobering one, yet there are so many positives we can take from it. 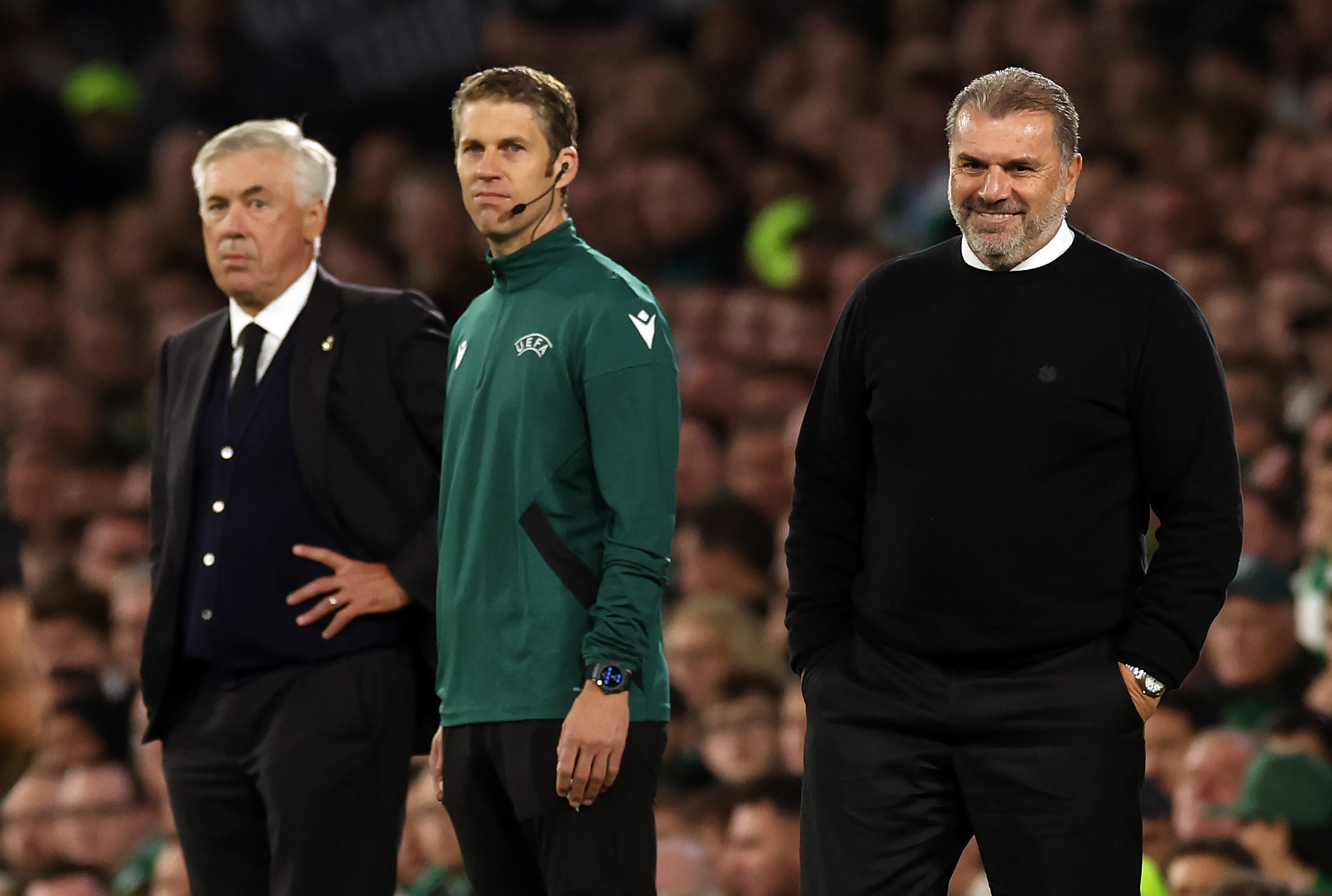 So what did we learn?

First of all, I think our players showed enough to suggest that they can compete at this level playing the way Ange wants us to play.

I remember our last foray into this competition under Brendan Rodgers.

We set up with a team that was domestically dominant and had a go against Europe’s best, only to land on the receiving end of several heavy defeats.

I wasn’t confident that within our budget we would ever be able to compete again at this level of European football again.

However, Ange has shown us another way which has us believing once again that we can have some sort of impact at this level.

Being brave enough to make teams worry about what we do and to not simply retreat and let them dictate the game against us clearly gives us a chance.

We created in excess of sixty chances across our five games in Group F.

We hit the woodwork five times.

We took the lead twice.

We were ahead at half time once.

Level at half time three times and possibly had the better chances in the first half of each of our games.

But ultimately football is a game played across 90 minutes and that's something we weren't able to sustain across the campaign.

Looking at each of the games, the big moments where we fell short were more to do with inexperience rather than a lack of talent.

In our opener versus Real Madrid, the second goal killed us. It was a disappointing goal to lose but was completely avoidable.

Away to RB Leipzig, their opener again is a terrible goal to lose and again easily avoidable.

Their second goal was even worse.

Both goals we lost to Shakhtar are ones we shouldn't be losing at this level and again could have been prevented.

Big moments of inexperience more than anything else where we simply didn’t detect the danger early enough have cost us.

In those moments we weren’t cute enough to stop the game, to break up the play, or even to employ the dark arts to allow ourselves to regroup.

The other major failing is simply not taking our chances.

This was a combination of several factors.

The first may come down to the occasion getting to the players.

It’s certainly possible that the intensity, the excitement and possibly even nerves affected our player’s composure and led to the missed chances we’ve seen them convert so often before in domestic competition. 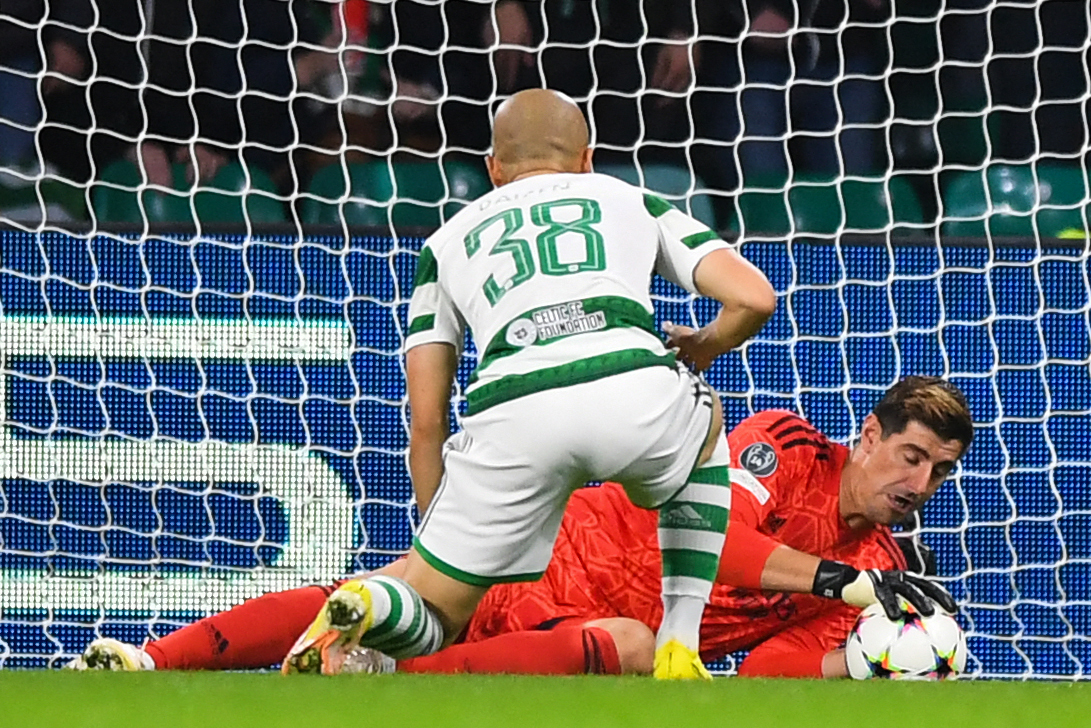 In my opinion however it’s more likely due to the exertion and tiredness from creating the opportunity and getting into the situation in the first place.

It’s simply harder to fashion chances at this level.

The extra effort required will have affected their ability to execute the final crucial piece of the puzzle and to put the ball into the net, rather than off the woodwork or wide of the target, as happened so often.

There is also simply an element of luck involved in football and we didn’t benefit from much of that in front of goal on the occasions when we attacked.

Think back to Callum McGregor's effort against Real Madrid that cracked the inside of the post at a time when we were in the ascendency.

We were literally inches away from opening the scoring against the European champions. A moment which would have blown the roof off Celtic Park and given the players something tangible to hold on to.

The more general issue across the games however was that we couldn’t sustain our attacking levels across the 90 minutes.

Where Do We Go from Here?

For us to compete better next season we need to make further improvements in our squad.

Excluding last night’s Real Madrid game, the below is our most played eleven in this season’s tournament with the number of minutes played beside each name. 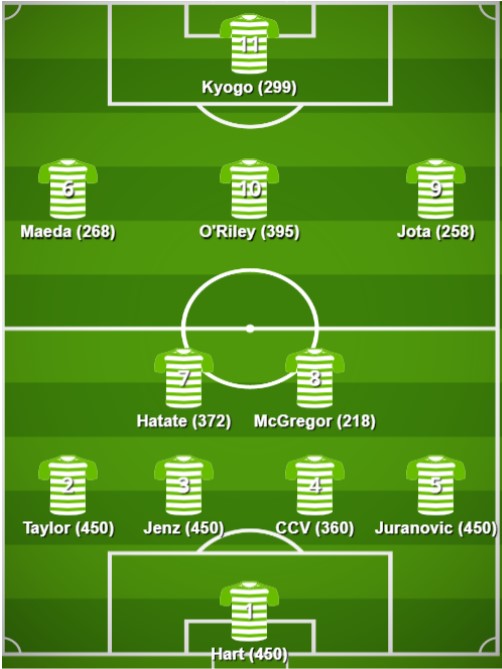 I don’t think any of these players have looked out of place.

I appreciate some might disagree with me about Maeda but he does so much work that allows us to gain a foothold in games. He’s very important if we are to compete at this level, especially against teams who will potentially have more of the ball.

He’ll need to improve on his finishing but speaking to anyone who has followed his career until now, the common theme is that he has continually added to his game year on year.

I think there’s a lot more to come from Daizen Maeda in a Celtic shirt.

The quality, condition and inexperience of our in-game replacements has clearly been a problem.

When Ange has looked to his bench for inspiration, far too often he’s not been able to give the injection of energy to the team that’s been required.

However, I do see several players there who have stood up well in their appearances. None more so than Giorgos Giakoumakis and Sead Haksabanovic.

There’s also much more to come from young players like Alexandro Bernabei and Liel Abada, who are still just 22 and 21 years of age respectively.

Injury and a lack of match fitness left us without Carl Starfelt, David Turnbull and Oliver Abildgaard, at times, all of whom I believe can perform at this level.

Not forgetting of course that our captain Callum McGregor and Cameron Carter-Vickers have also missed crucial games in the group.

For us to be able to compete across 90 minutes in these games requires high quality footballers, in good condition, who can either start or be introduced from the bench without us seeing a drop in quality.

At the moment I don’t think Ange yet has that option available to him and ultimately it’s cost us in this campaign.

So What Are We Going To Do About It?

I see signs of these issues being addressed already.

We’ve seen far more rotation across the past five or six weeks than I can ever remember us doing. This will allow our squad to get vital rest and vital minutes so that they are better ready when called upon.

It should also reduce the number of niggly injuries that have resulted in us losing key players at key times.

I also think that some of our younger players will simply be more ready to play next season.

Then there are the lessons this team will have learned from the games this season. As a player you can’t have failed to have picked up valuable lessons and experience in six games at this level.

I do think we can still bring in one or two players to supplement what we have. I’ll be surprised if we don’t sign another central attacking midfielder in one of the next two transfer windows.

A decision will need to be made about Oliver Abildgaard’s future at Celtic Park over the remainder of this season as well. Having a central midfielder with better defensive instincts is clearly needed and we’ve yet to see if he can be that player for us.

There’s also potentially scope for another central attacking option. Have we properly replaced Tom Rogic yet?

I’m happy enough that the squad overall will be able to compete at the top level next time around. We’ve seen it in large spells in the games this season, though have yet to produce a true “90 minute performance”.

What we have lacked is experience, squad depth, and a little bit of composure when it matters most.

If these issues can be addressed by Ange and his support staff in the coming months then we won’t be far away.

Listen to the latest episode of The Celtic Exchange Weekly here as we look at what's required to take this Celtic side to the next level. 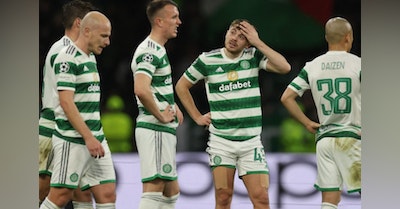 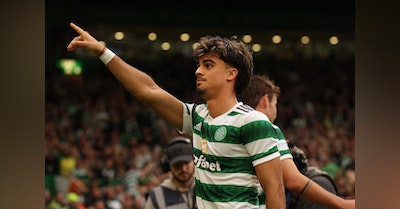 Have Your Questions debated on The Celtic Exchange Weekly

As part of a new regular feature of our Weekly Show, listeners can now submit their questions to us which we'll then debate on the show. Join the discuss…